Adrian Wall’s Irish View: tips for every race at the Curragh on Irish Derby Day 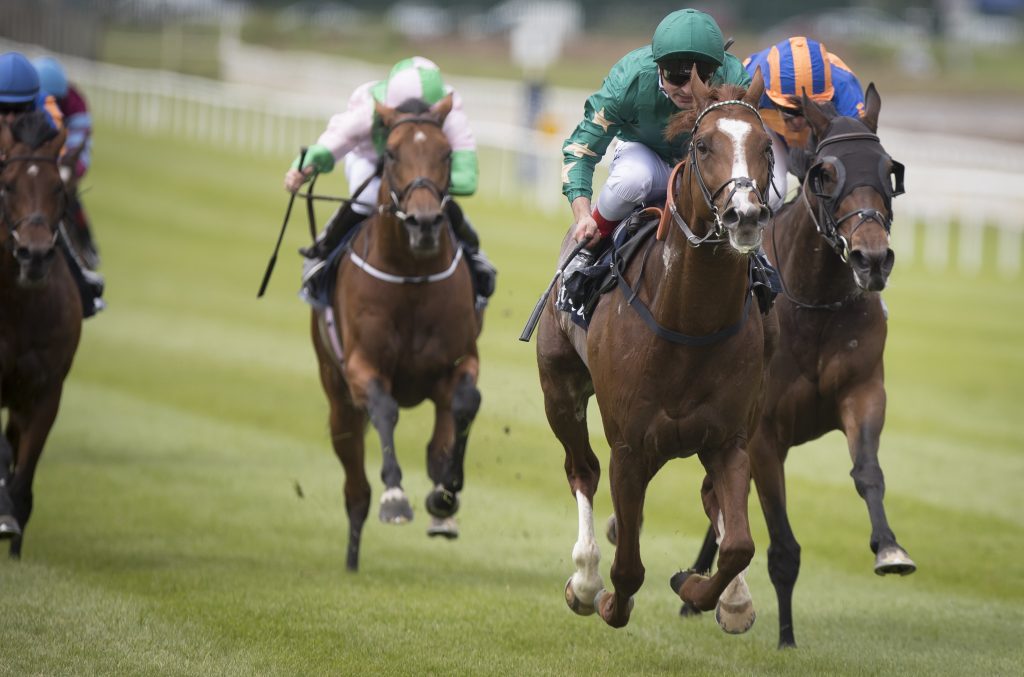 The eagerly anticipated 2021 Irish Derby will take place on Saturday and it is shaping up to be a cracker. Touted to be a Derby horse from early in his career, Aidan O’Brien’s High Definition heads the market.

The son of Galileo may well prove to be a class above but punters be warned. He will nearly certainly trade much higher than his starting price in-running so a bet in-play could be the way to play it if you fancy him.

High Definition hit a high of 100 on the exchanges on debut and also hit a high of 100 in-running when he won the Beresford. He came from cloud nine to win that day. We will not be tipping him but it looks like a great back to lay angle.

Let us move on to tomorrow’s Curragh tips. Adrian Wall has studied the card and has a tip for each and every race below…

Romantic Proposal went down fighting in the Group 3 Ballyogan Stakes over track and trip this month. The fast-finishing Sonaiyla was just too good on the day but the mare can make amends here. She was behind the fastest sprinter in Ireland (Logo Hunter) prior at Naas and will face nothing of that quality dropping down in class here.

Sindhia was beaten less than a length at Gowran Park this month off a mark of 78. The Mastercraftsman filly will run off the same mark here and she is still lightly raced so further improvement can be expected.

Antepost favourite for the Coventry at Royal Ascot but subsequently withdrawn, Castle Star can make amends here in the hands of the talented Chris Hayes. Fozzy Stack’s runner bolted up in the Group 2 Marble Hill over course and distance last month. He actually had to take a pull hitting the furlong pole, that is how well he travelled into the race. Looks a monster and the one to beat.

High Definition is the worthy favourite off the back of his run in the Dante, clearly the best horse in the race but the trip was on the short side. He will be held up and played late though so he could find trouble. Frankie Dettori has been booked to ride Lone Eagle who has very strong claims. The three-year-old Galileo colt benefitted no end from a greater test of stamina at Goodwood last time out when making all and he is bred to win an Irish Derby.

The Willie Mullins-trained mare True Self was only a length off Helvic Dream and Broome in the Group 1 Tattersalls Gold Cup last month. A Group 3 winner in Australia last year, she is a very versatile classy mare and deserves to be favourite for this off the back of her latest run. Big chance providing the ground does not get too quick.

Sinawann was just in need of the run when third behind Magnanimous in Listed company at Leopardstown on his return. An extremely well-bred Kingman colt, he should be spot on for this with the cobwebs now blown away. He has extremely smart form in the book and should win this before moving up in class.

First time that Rebel Step will run at the Curragh but was thought highly enough of to run in the Irish 2000 Guineas. He was only beat 12 lengths that day so he was far from disgraced right at the top tier. The form of his second at Naas in April has worked out very well and he is of interest off this mark with cheekpieces back on.

Dalton Highway won this race last year and there’s reason to believe he will be good enough to take it again this year. He ran a good race over hurdles at Punchestown in March and was far from disgraced when midfield in the Ascot Stakes, beaten just seven lengths. Down 3lb for that so must enter the reckoning.