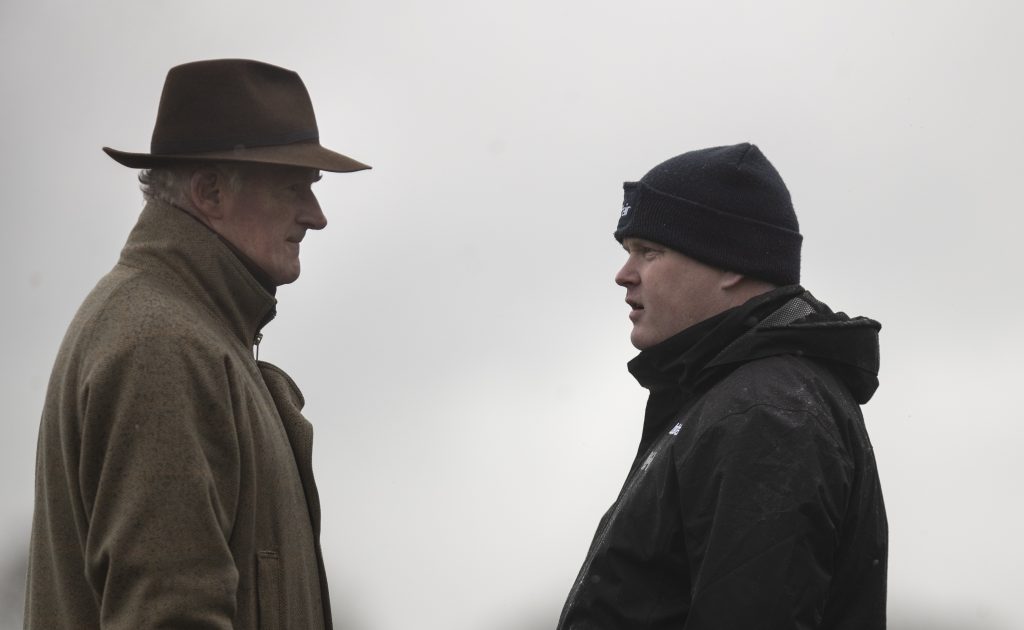 Trainers around the UK and Ireland are preparing their charges for the 2020 Cheltenham Festival. The behemoths of Nicky Henderson and Willie Mullins have enjoyed plenty of success in recent times, as well as the younger Gordon Elliott.

A host of strong contenders from the big names in racing mean that this year’s Festival could well be dominated by those three, as well as Philip Hobbs and Paul Nicholls. Be sure to check out our tips and analysis as we build up to next Tuesday, as well as our Cheltenham Free Bets. We also have a 4,122/1 Willie Mullins acca on site, as well as the top 5 Cheltenham Festival jockeys.

The County Meath trainer has always enjoyed plenty of success in the UK, landing a career-high fifty-five contests on these shores last term. The Cheltenham Festival has been a happy hunting ground for him, landing the top trainer award in both 2017 and 2018.

He has a strong hand this year as he attempts to wrestle back the crown from Willie Mullins, including strong favourites in the Cross Country Chase and the Ballymore with Tiger Roll and Envoi Allen respectively. It’s hard to see those two getting beat, but one who makes most appeal from his ranks is ABACADABRAS.

The Gigginstown owned six-year-old pushed his stablemate Envoi Allen very close in the Royal Bond in December. He made amends for that narrow defeat with an impressive success four weeks later at Leopardstown. Fourth in last year’s Champion Bumper, he has high class course form and will handle the likely testing ground. He can get your Cheltenham Festival off to a flying start on Tuesday.

Britain’s most successful trainer at the Cheltenham Festival is locked in a battle with Willie Mullins. Henderson has sixty-four winners to Mullins’ sixty-five, and only lost the top trainer award last year on account of Mullins having more placed horses.

He has a number of strong contenders, including Altior in the Champion Chase, Shiskin in the Supreme and Santini in the Gold Cup. Mister Fisher is an interesting contender in the Marsh, but it’s another of his novice chasers who looks to have the strongest claims.

JP McManus’ CHAMP only found City Island too good in the Ballymore last term before scoring at Aintree. He landed his first two chases this season before pulling clear in the Dipper on New Year’s Day. A late faller there, he’ll be bidding to make amends next week in the RSA. With the return to three-miles a big positive, he stands a great chance of doing so.

Hobbs has had just two winners at the Cheltenham Festival since 2014, but he has a very strong team to take to Prestbury Park in 2020. He’ll be hoping to improve his record of twenty winners at the Festival, the sixth most of any current trainer.

Novice hurdlers Sporting John and Thyme Hill are ones for consideration, but by far his best chance of success comes in the form of DEFI DU SEUIL. The seven-year-old has provided Hobbs with his last two wins at Cheltenham – the 2017 Triumph and the 2019 JLT.

His three starts in open company this term suggest he is more than capable of gaining a third win at the Festival. He’s taken all before him in the two-miles division in the UK this season, including a decisive success in the Clarence House last time out. Partnered by Barry Geraghty, they’re a combination to keep on side.

No trainer in the history of the Cheltenham Festival has saddled more winners than Willie Mullins. He’s landed the top trainer award six times, including last year where he won the Gold Cup, Supreme, Mares’ Novices’ and the Arkle.

It’s fair to suspect he might surpass those four winners this year with a very strong team. That includes Grade One winning novice hurdler Asterion Forlonge, the progressive Chacun Pour Soi, Champion Bumper favourite Appreciate It and the odds-on Benie Des Dieux in the Mares’.

It’s the horse who ended his Gold Cup hoodoo who makes most appeal this term though. AL BOUM PHOTO stayed on gallantly under Paul Townend to land the Festival highlight in 2019. He’s trod the same path this year in preparation, scoring with ease on New Year’s Day at Tramore. With Mullins sure to have him spot on, and with this year’s challengers no stronger than that he faced last year, he has strong claims.

Ditcheat’s Paul Nicholls won five out of five top trainer awards between 2004 and 2009. He’s enjoyed a more quiet decade at the Festival since those heady days, but there’s every reason to believe he can enjoy a successful year in 2020.

Wide-margin King George winner Clan Des Obeaux leads his Gold Cup challenge. Greaneteen heads the market for the Grand Annual, and given his record of three-from-three over fences, he’s near the head of most shortlists. Frodon enhanced his impressive course record when landing the Ryanair last term and can’t be ignored as he bids to complete the double.

The one who stands the best chance of giving Nicholls his forty-sixth Cheltenham winner is the youngster SOLO. Formerly trained by Guillaume Macaire, the colt followed a debut second with a fifteen-length success on testing ground. Well fancied on stable debut, he bolted up by thirteen-lengths at Kempton. Given what he’s achieved in just three starts, he could take all the beating in the Triumph. Trainers and jockeys both play an equally important role in guiding horses to victory at the Cheltenham Festival. Here are five who should enjoy plenty of success at Prestbury Park in 2020, as well as their strongest chances of success.