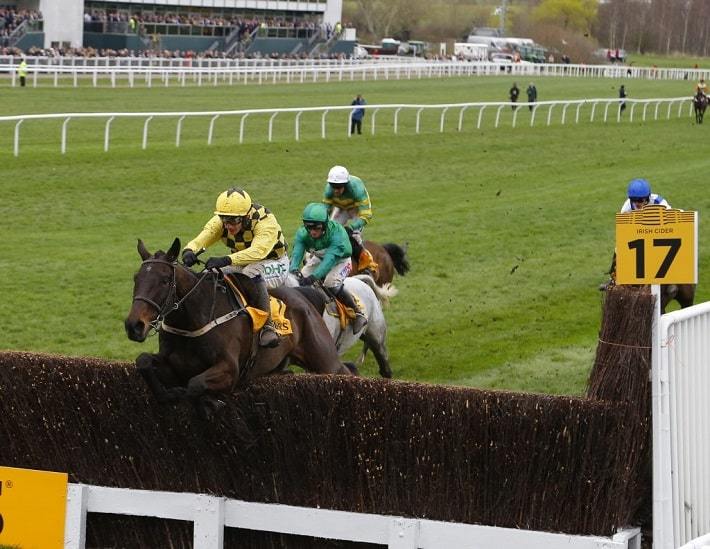 It’s been a great Cheltenham Festival 2021. Onto the final day we day, with another array of bets, looking to add to the haul of winners. We have a 1,041-1 mega accumulator to try and close the meeting out with a bang as part of our free horse racing tips. The odds quoted were available at William Hill at the time of writing.

This looks a two horse race on the betting with Tritonic narrowly preferred to Zanahiyr. It’s not always a good guide to their hurdling prowess but not only did he achieve more on the flat, he did so in deep handicap company at Royal Ascot. Both have been impressive to the eye so far but the experience edge the selection has can prove the difference.

Having made a favourable impression in the autumn, it was a slightly odd ride on Fakiera at the Dublin Racing Festival. Held up well off the pace, he was never really put into the race with much of a chance. He did stay on well, however, and this step up to three miles looks sure to unlock further progression in what looks a weak renewal.

Three Cheltenham Gold Cup wins is a tall order but Al Boum Photo looks set to land the hat-trick. He has taken the same path here via Tramore as he did last year, connections not giving him a hard campaign. He has won both a quickly run and a slowly run Gold Cup, tactically versatile, he will take all the beating once more.

The lack of a crowd is a big plus for Bob And Co who wears a hood to keep him calm. He showed some smart form at graded level when trained in France, winning three of his four hunter chase starts for current connections. There have been some decent opponents behind him and he can take a further step forward.

The first running of this race and as with all the mares races at Cheltenham, it looks set fair for a Willie Mullins domination. Elimay looks the strongest of his team, winner of three of her four starts over fences, her only defeat coming again Allaho. Mares only company suits her well and her great attitude can see her score again.