What We Learnt from Glorious Goodwood 2019 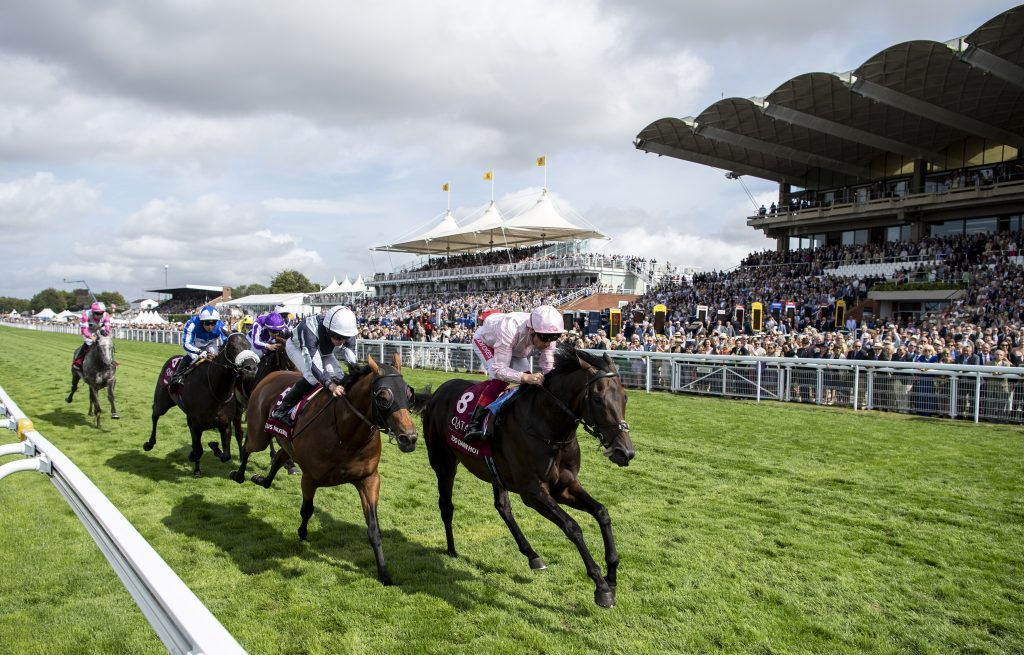 The 2019 Glorious Goodwood meeting has been and gone in a flash, highlights including a Stewards’ Cup demolition job from Charlie Hills’ Khaadem, another success for winning machine King’s Advice and a show stopping performance for Godolphin’s Pinatubo.

Here we reflect on what can be learnt from the 2019 meeting, with pointers towards the second half of this season, and Glorious Goodwood in 2020.

Whilst this week’s action doesn’t quite reach the heights of last week, there are still a number of highly competitive cards, leading to Group action at Leopardstown and the Curragh on Thursday and Friday respectively, and the Shergar Cup at Ascot on Saturday. As usual, our Free Horse Racing Tips are available on site, as well as numerous Free Bets & Offers.

Unbeaten in four career starts, Charlie Appleby’s Pinatubo has been far and away the most impressive juvenile this season, following a Tapeta maiden win with ready successes at Epsom, Royal Ascot and now Glorious Goodwood.

Putting five lengths between himself and the field under James Doyle in the Vintage Stakes, this son of Shamardal surely has Group One targets lined up, with early entries pointing towards the National Stakes at Curragh in September as his next target. A dominant display there could cement his position at the head of the market for the 2020 2,000 Guineas even further.

Too Darn Hot (nearly) back to his best

It is a good reflection of the impression John Gosden’s son of Dubawi created as a juvenile that the early phase of his three year old campaign in which he placed in the Dante, the Irish Guineas and the St. James’s Palace Stakes was viewed as a failure.

An RPR of 125 in the Dewhurst in October had drawn comparisons to the indomitable Frankel, and it appears that Too Darn Hot is almost back to his best after two Group One wins in July.

Admittedly the Prix Jean Prat was a glorified Group Three and his latest win at Goodwood came by a narrow margin with a couple rated eleven pounds inferior to him narrowly behind him, however these two victories provide him with a great springboard to further success.

The incomparable duo John Gosden and Frankie Dettori remain the pair to whom all punters should turn when looking for Group One winners, with the two partnering their eighth and ninth winners together at that level last week.

They landed two of the three Group One races at the meeting, with hard fought successes for Too Darn Hot and Stradivarius in the Sussex Stakes and the Goodwood Cup respectively.

The sole failure came with Mehdaayih who was a clear second to Deirdre in the Nassau, having done too much from the front and leaving herself vulnerable to the fast finishing Japanese raider.

Another pairing well associated with big race success are finding life a little tougher at the moment. AP O’Brien is so used to dominating the big UK race meetings that the fact that the Irish trainer had eighteen runners at Goodwood without a winner seems almost unbelievable.

With four beaten favourites, including dual Guineas winner Hermosa who was effectively tailed off, he will be hoping for an upturn in form when his string arrive in the UK at York later this month.

Ryan Moore partnered just one horse to victory with Governor Of Punjab landing a nursery on Thursday, not for O’Brien but for Mark Johnston. He rode six other favourites, with the aforementioned Hermosa, Jubiloso and Mirage Dancer all suffering defeats at short prices.

Whilst West Sussex’s Goodwood might be the fifth most southerly race courses in the UK, its location does not preclude North Yorkshire’s Mark Johnston from unparalleled success.

He claimed his thirteenth top trainer award, now winning the last four. With six winners coming in the form of Sir Ron Priestley and Mrs Bouquet on Wednesday, Nayef Road and Governor Of Punjab on Ladies’ Day, Homespin on Friday and King’s Advice continuing his winning streak with a game win on the concluding day, he was two clear of his nearest rivals in John Gosden and Charlie Hills.

Course and distance form all important

The old adage “horses for courses” proved true once again when Battash and Stradivarius landed the King George Qatar Stakes and Goodwood Cup respectively for the third year in a row.

Sir Dancealot, running for David Elsworth who had been without a winner for over three months, provided a welcome boost to his yard when landing back to back Lennox Stakes’ and 2018 1,000 Guineas winner Billesdon Brook gained a deserved return to Group success when landing the Oak Tree on Friday. Richard Hannon’s filly now boasts form figures of 21141, unbeaten over course and distance in three starts.

Just as Mark Johnston’s runners at the meeting are always worth a second look, those with winning course form at the speed favouring racecourse should always be at the head of any shortlist.