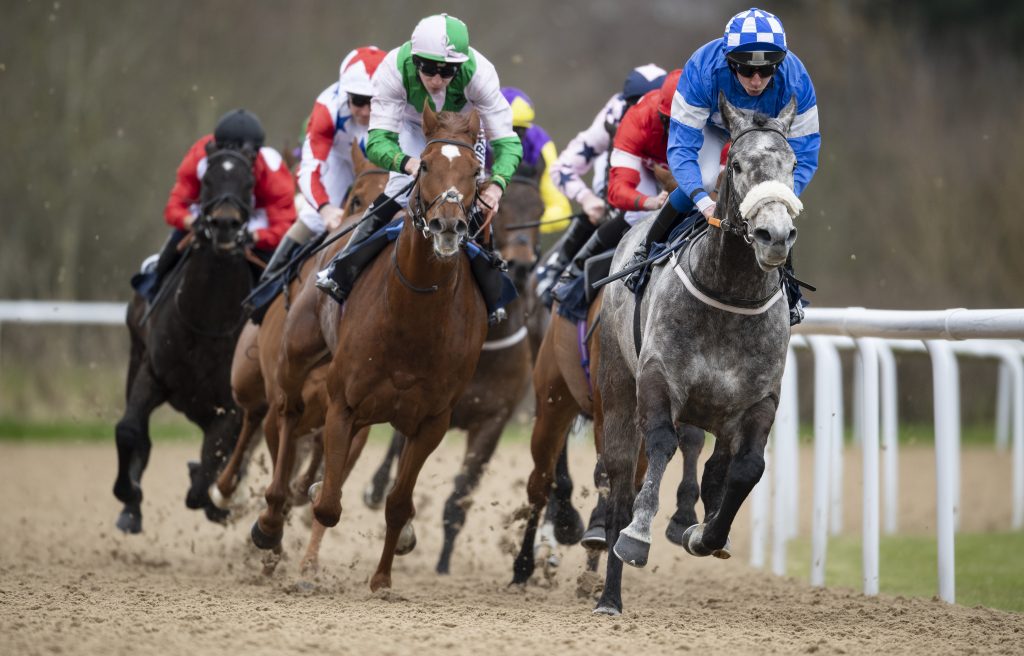 Whilst it may not be Wolverhampton‘s strongest meeting of the year on Friday, there’s a mammoth nine-race card on offer. This means there’s plenty of action to sink your teeth into. With that in mind, we’ve selected three outsiders at juicy prices who could outrun their substantial odds. Check out our free tips page for daily content across British and Irish racing.

Twilight Jazz (14-1, bet365) is a handicap debutant running off an absolutely rock-bottom mark. This horse hasn’t shown a great deal in three starts so far. Despite finishing last of 10 at Chelmsford last time, it was an improved effort as he almost halved the deficit between himself and the winner. Handicaps were always going to be this horse’s best chance of winning a race and he should take a giant step forward in this sphere. Runs 8lb out of the handicap here but he has to start somewhere.

Giorgio Vasari (8-1, bet365) is an ex-Aidan O’Brien inmate who has spent the last couple of years sliding down the weights. His current mark of 52 is a mere shadow of his career-high rating of 97. A two-time winner for his old stable, he was once beaten by less than five lengths in a very valuable sales race at Naas. There have been small signs that he can return to the winners’ enclosure lately and it’s hard to ignore this nominal mark.

Luxy Lou (10-1, bet365) is a 22-race maiden but she has been knocking on the door. On the evidence of her second at Chepstow off a 2lb higher mark three starts ago, winning this shouldn’t be beyond her. You’d be hard pushed to find a lower grade of race than this 0-52 so it’s now or never for her. It’s worth giving Adrian Wintle’s filly another chance and this could be the day.