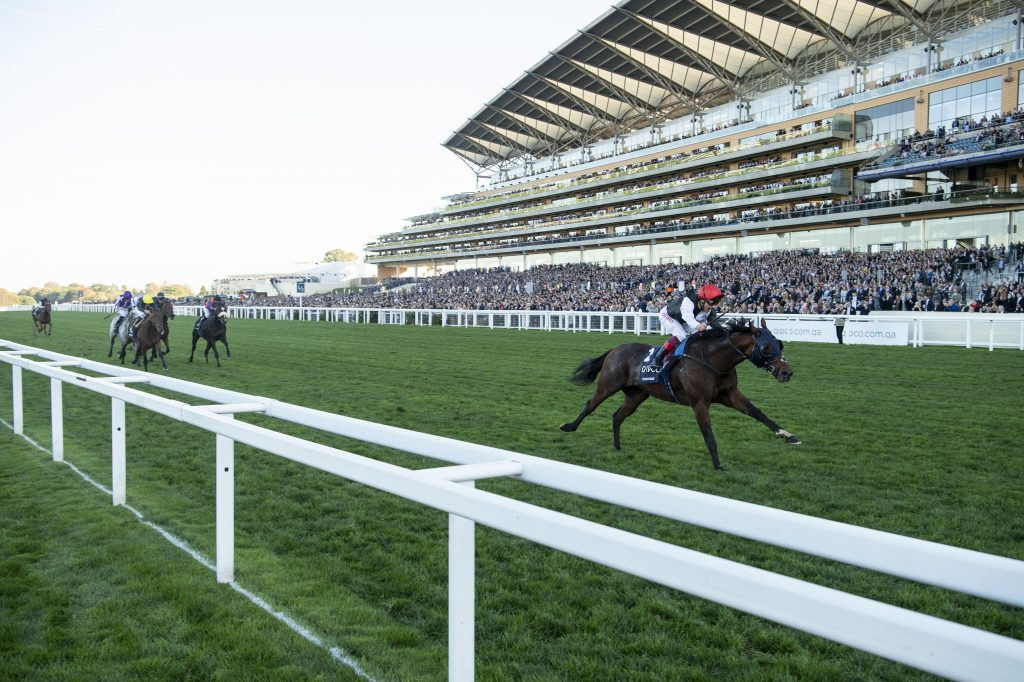 The flat season is coming to the end and with it comes Ascot’s Champions Day. A chance to crown the stars of the sport, both equine and human, it features six highly competitive races.

With a spring, a long distance contest and a handicap amongst others, there’s something for everyone. Whilst there’s a host of well fancied runners, the racing is of such high quality that there’s any number of big priced outsiders who could go well.

Here are six, one from each contest. Make sure to take advantage of all our tips and analysis over the weekend, for the ITV Racing live at Ascot and for the action elsewhere.

LIBRISA BREEZE landed the Sprint in 2017 on soft ground, overcoming a number of better fancied rivals including Caravaggio and Harry Angel.

He wasn’t quite at his best last year, finishing down the field in this contest. He made a very encouraging return from a 280 day break back in August though, his best run since landing this race.

Travelling smoothly into the Hungerford Stakes at Newbury, he was just outstayed over seven furlongs by Glorious Journey. That proved both his wellbeing and his love of soft ground. Now race fit, facing ideal conditions at a course at which he’s scored three times, he can go close for Dean Ivory.

It’s usually a folly to take on John Gosden’s Stradivarius, a stayer par excellence who landed this race last year. Unbeaten in his last ten, he goes on any ground and has Dettori onboard.

His price is as usual restrictive though. As a result, a chance is taken on WITHHOLD, who looks overpriced judged on the pick of his form. Roger Charlton’s gelding has won the Cesarewitch, the Northumberland Plate and the Marsh Cup over the past two years.

He handled the step up into pattern company with aplomb at Newmarket last time, running out an easy winner under Watson. This is obviously tougher, however he’s won five of his six runs over two-miles or further and his career best came on good-to-soft ground. He won’t go down without a fight.

John Gosden has another warm favourite with Star Catcher, who’s won Groups Ones the last twice. She’s won on soft so she appears pretty bomb proof. This is a highly competitive affair though, and one who appeals more at the prices is Ralph Beckett’s ANTONIA DE VEGA.

She won her first two before coming unstuck in the Fillies’ Mile. That may wll have come far too soon for her. Beckett has been more patient this year, racing her just once in June. She ran out a very easy winner on soft ground, overcoming a solid yardstick and one who’s now rated 110 in Terebellum.

The extra couple of furlongs will be greatly appreciated by the daughter of Lope De Vega, who’ll similarly love the cut in the ground. With both her yard and her jockey Harry Bentley ending the season in flying form, she’s worth chancing.

The Revenant has been well supported in recent weeks, in light of his six race winning streak and his form on slow ground. He’s yet to race in a Group One though, and comes up against a number of classy rivals in the form of Magna Grecia and Benbatl.

Those two are unproven on heavy however. One who is comes in the form of Dermot Weld’s IMAGING, who has form figures of 21122 on this ground. He’s a fiercely reliable sort, first or second in ten of his eleven starts and was only beaten half a length by The Revenant in May.

He’s surely far too large a price in comparison to the French raider. His recent return from a four month break when only beaten narrowly in a Group Three by one to whom he was giving weight was far from discouraging. The bookies are definitely underestimating his chances.

This lacks the star quality usually associated with a race won by Frankel and Cracksman. The quicker ground on this course most likely precludes Addeybb who’d be more at home on a properly soft surface.

The most likely winner is surely Magical, the second best mare in training who finished fifth in the Arc. She won the Irish Champion Stakes previously in convincing style. It’s the fourth from that contest who ranks the most intriguing runner however.

The Japanese raider DEIRDRE ran out an easy winner of the Nassau on her second run in the UK. She got no luck over at Leopardstown last time, caught out back with the winner getting first run. She finished like a train, overtaking four rivals in the final furlong. Eventually only beaten three lengths, she is an attractive bet at fives times the odds with a more proactive ride a likelihood.

Frankie Dettori gave Lord North a cheeky ride to win the Cambridgeshire three weeks ago. The handicapper has taken exception, raising him twelve. To defy a mark of 110 on heavy ground in a twenty runner handicap would mean he’s close to Group One class, and for me that’s far from sure.

He’s too short a price, and will struggle to concede weight to the field. A chance is worth taking on Saeed bin Suroor’s COMMMANDER COLE. His yard are in flying form and his five-year-old has posted two very encouraging efforts since returning from a year off the track.

He was beaten just a neck over ten at Chelmsford last time. That form over further bodes well for this test and his sire Kyllachy has plenty of progeny with form on heavy. With the talented Cieren Fallon claiming three, he’s capable of running a big race. 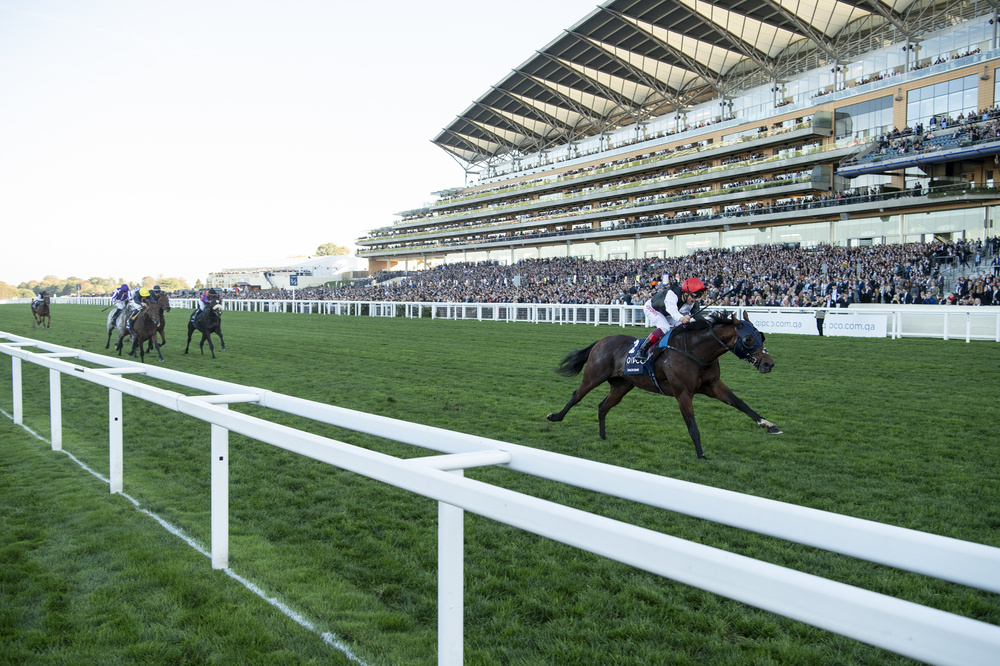 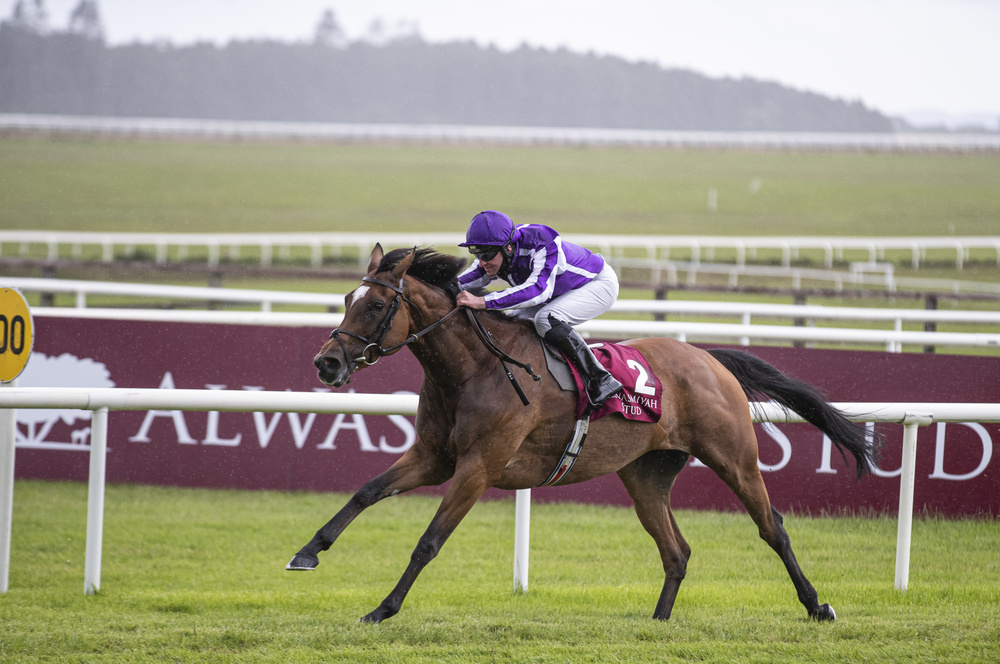