The weights for the 2020 Cheltenham Festival handicaps have now been revealed, with the likes of Southfield Stone, Ronald Pump, and Hardline assigned topweight in their respective races.

Back to Cheltenham, and our Joe Eccles has scoured through the Cheltenham Festival handicaps – adding a selection in both the Northern Trust Company Novices’ Handicap Chase, and the Coral Cup to his ante-post portfolio, read his views below.

No ante-post Joe’s Jottings selection last week so I’m going two for one on Festival handicaps this time around.

The most condensed handicap of the Festival is likely to be the Northern Trust Novices’ Handicap Chase – formerly the Close Brothers Handicap Chase.

Since upgraded to a 0-145 handicap in 2017, only five, eight, and seven pounds have split the top and bottom weights, and remarkably even a rating of 140 is not guaranteed to get you a run in this year’s renewal.

The last Joe’s Jottings article saw me give a nod to a 25/1 selection in the Ryanair Chase, and the current market leader for that race – A Plus Tard – ran out a sixteen-length winner of the preceding renewal of the Northern Trust.

A mark of 144 proved no barrier to success for the Cheveley Park-owned six-year-old that day, and in the race’s previous guise as a 0-140 handicap, three of the last five renewals had gone to a horse carrying topweight – so a big weight has proved no recent barrier to success.

One who fits the profile of a classier horse with a high rating in this year’s renewal, rated just a pound below the topweight Southfield Stone, is the Nicky Henderson-trained Precious Cargo – and the gelding is the first of my two handicap selections.

This seven-year-old son of Yeats was sent off at odds of just 4/1 for the Grade 1 Top Novices’ Hurdle at Aintree last year, and although he disappointed there, he always looked the sort who would only improve once sent over fences – that has looked an accurate prediction thus far.

Having run out a nineteen-length winner on his chase debut at Haydock in December, Precious Cargo backed that performance up when chasing home Moonlighter in handicap company at Newbury last month.

The front two pulled over thirteen lengths clear of Tom Lacey’s Valdo Forte there, who had far more experience over fences, and the fourth home – Champagne Platinum – has since finished third in the Grade 1 Scilly Isles at Sandown.

Precious Cargo was stepped up into Grade 2 company at Warwick last time out, and he acquitted himself well, reversing form with Moonlighter to finish third behind the smart duo of Nube Negra and Rouge Vif – with the winner now no bigger than 14/1 for the Arkle earlier on Cheltenham’s Tuesday card.

Precious Cargo also holds an entry in the Arkle, but that looks a fanciful one at this stage and it’s hard to believe that his connections won’t be more tempted by running in what clearly looks a weaker assignment – in any event, bet365 have gone NRNB for the race so if he does take up his Arkle engagement you will get your stake back.

That Warwick result can be upgraded as the ground would likely have been quick enough for Nicky Henderson’s charge, so the recent wet weather that we have experienced only enhances Precious Cargo’s chances – and his owner Thomas Barr loves his runners at Prestbury Park, with twenty-one of his total ninety-nine runners coming at the venue.

Should Precious Cargo be seen lining up in the Northern Trust in just under a fortnight’s time, it would be no shock to see him significantly shorter than his current 20/1 odds.

Moving onto the Wednesday for my second selection, which comes in the Coral Cup.

The race has a fine recent role of honour which includes the likes of Whisper, Supasundae and William Henry, and running in the same silks of 2015 winner Aux Ptits Soins, this year’s market is currently headed by the Dan Skelton-trained Protektorat.

He has run fine races at Cheltenham the last twice, but he wouldn’t look completely thrown in off a mark of 144, and rated a couple of pounds lower on 142, I like the looks of the Joseph O’Brien-trained Sempo.

This gelding by Oscar was steadily progressive in bumpers, finishing a creditable sixth in the Champion Bumper on this card last year, not far behind the likes of Envoi Allen, Thyme Hill, and Abacadabras, and he has maintained his upwardly mobile profile since sent hurdling – getting off the mark at the third attempt in this sphere when scoring impressively at Thurles last time out.

It is his run prior to that at Leopardstown, however, which piques my interest.

Sempo finished a staying-on second there, and the winner, Cobbler’s Way, has since chased home Latest Exhibition in a Grade 1 at the Dublin Racing Festival.

Sempo had two Willie Mullins runners directly behind him there. The third, Francin, ran out a facile winner on his next start at Navan, and the fourth, The Big Getaway, was an even more impressive winner at Naas – he is now no bigger than 7/1 for the Ballymore.

Sempo finished over twenty lengths clear of the sixth-home Aarons Day there, and that rival has since won off a mark of 116 and is now rated 124, so there’s every chance that Joseph O’Brien’s charge is let in lightly off his 142 rating.

If lining up in the Coral Cup it will be just the fourth hurdles start of his career, but inexperience has proved no barrier to success in the past, with Spirit River (2010) and Aux Ptits Soins (2015) both landing the race on the back of just a handful of hurdles starts.

Sempo also holds entries in both the Ballymore and Albert Bartlett, with the latter looking his more likely alternative engagement, but along with Precious Cargo, his 16/1 odds available with bet365 provide the NRNB security. Having previously struggled to gain a single Cheltenham Festival winner, Irish-based yards are now stronger than ever – thanks in part to the depth of equine talent sent out from both Willie Mullins and Gordon Elliott. Having taken home a record haul of winners at the Festival in 2017, however, British runners have fought back. Here, Joe Eccles takes a closer look at whether Ireland can match – or even break – their winners tally in 2020. 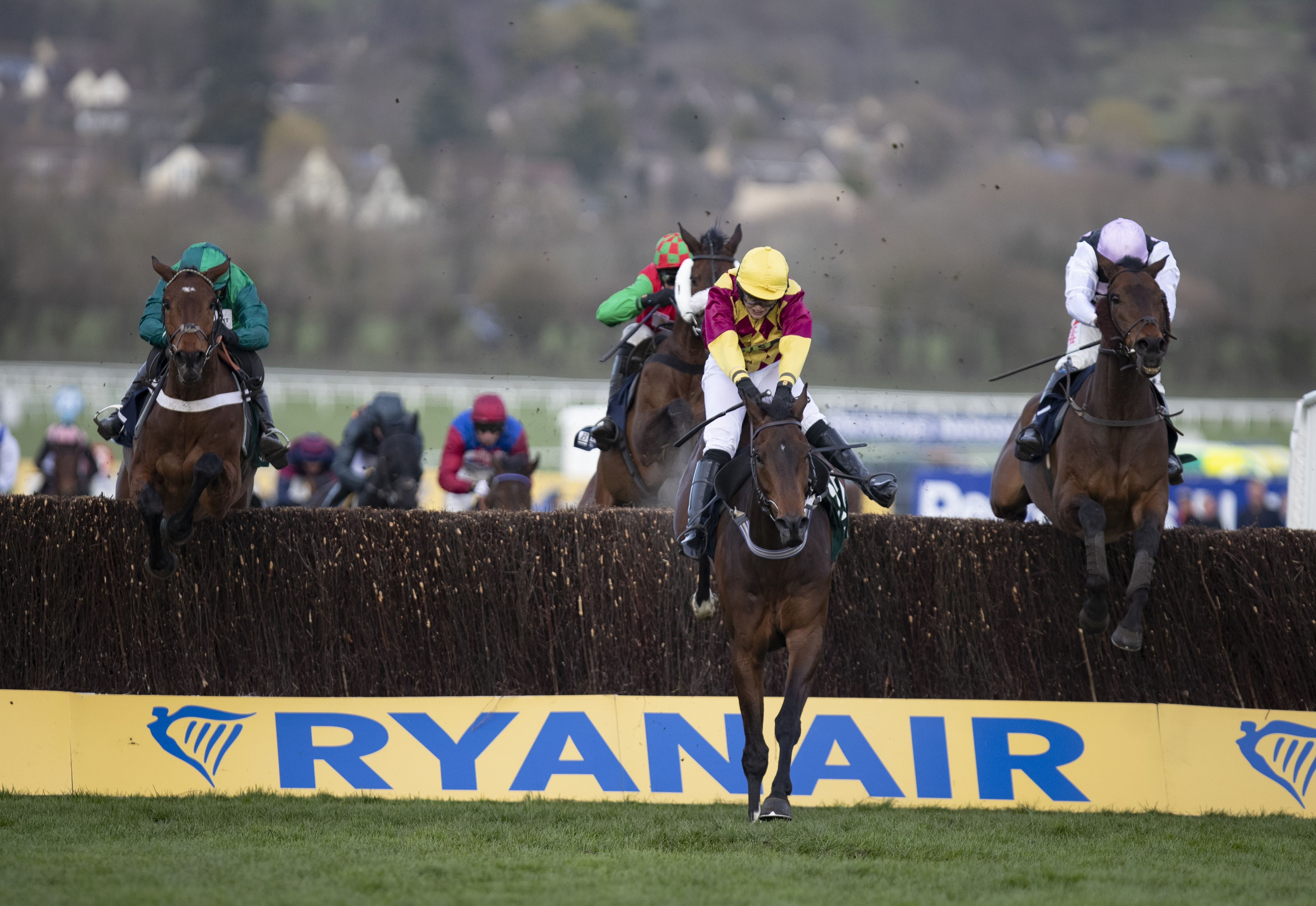 The weights for the ten Cheltenham Festival handicaps were unveiled on Wednesday. Here, Charlie Scutts has had a detailed look at the contests, detailing the current favourite, top weights and the Irish angle.