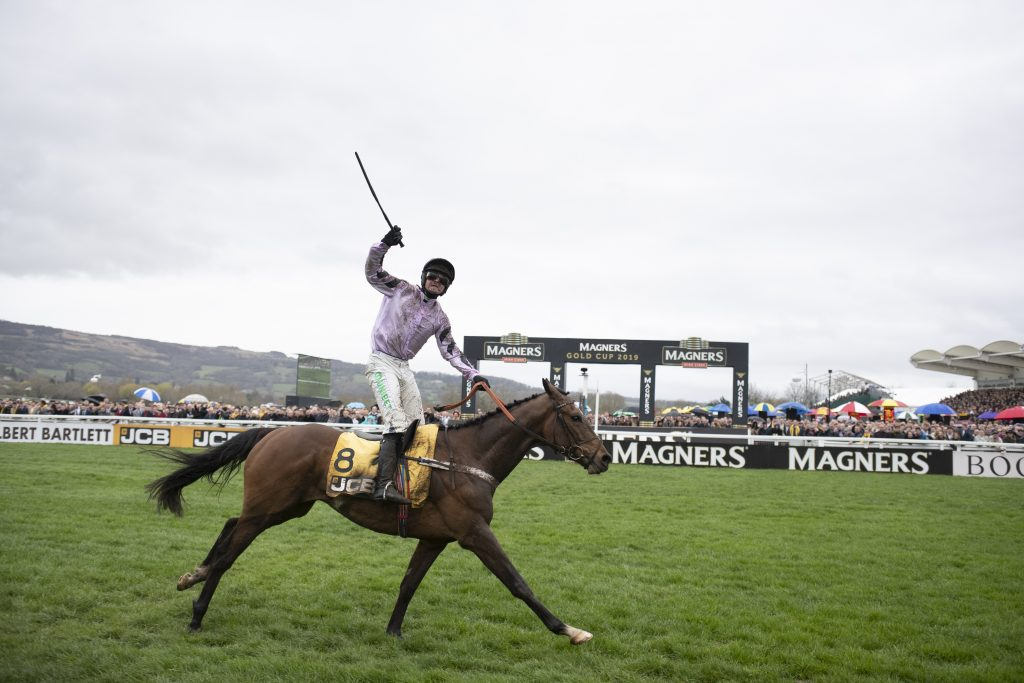 We are back at Cheltenham this weekend for their International Meeting, with runner-by-runner previews and selections for all fourteen races across the two days available on our free horse racing tips page.

Along with his Caspian Caviar Gold Cup ante-post preview – which is currently live onsite – Joe Eccles has taken a look at four of the big equine stars that look set to light up the meeting – see the four horses he has identified below.

The International Decorative Surfaces Novices’ Chase has proved a good race for those towards the head of the market, with the last ten renewals all going to a horse priced-up at odds of 9/2 or shorter.

One likely to be at the forefront of the betting on Friday is the Nigel Twiston-Davies-trained Wholestone.

A smart hurdler at his peak, the eight-year-old has won two of his three starts since switched to the larger obstacles – justifying favouritism to score here last month.

He will face a new set of rivals this week but remains open to improvement over fences, and having recorded three of his top four RPR’s at this venue, Cheltenham clearly brings out the best in him.

Cross Country fans will have an early Christmas present on Friday in the Glenfarclas Cross Country Handicap Chase.

Arguably the most interesting runner is Yanworth, who made a winning start to life in the sphere when landing the Risk Of Thunder Chase over the Punchestown Banks last month.

A top-class hurdler/chaser for Alan King at his peak – was sent off favourite for the 2017 Champion Hurdle – he will undoubtedly appeal to punters if taking up this engagement, albeit he will have a big weight to carry, and his stamina is far from assured over the gruelling 3m6f trip.

Nicky Henderson has trained three of the last eight winners of the Ryman Novices’ Chase – most recently with the Dai Walters-owned Whisper in 2016, and those connections appear to have a great chance in this year’s renewal with Angels Breath.

Something of a hype horse over hurdles last season, the Shantou gelding made an impressive start to life over the larger obstacles when running out an eight-length winner at Ascot last month.

An official rating of 151 makes him one of the highest-rated in this field, and he looks the type that could make up into a very smart operator in this discipline.

The Nicky Henderson and Nico de Boinville trainer/jockey combination took last year’s Unibet International Hurdle with Brain Power, and that duo is likely to be seen to good effect once again here with the exciting Pentland Hills.

Unbeaten from his three starts over hurdles last season, landing the Triumph Hurdle over this course and distance on just his second start for these connections, this looks a good starting point for the four-year-old’s road to the Champion Hurdle – a race he is currently a best-priced 8/1 for.