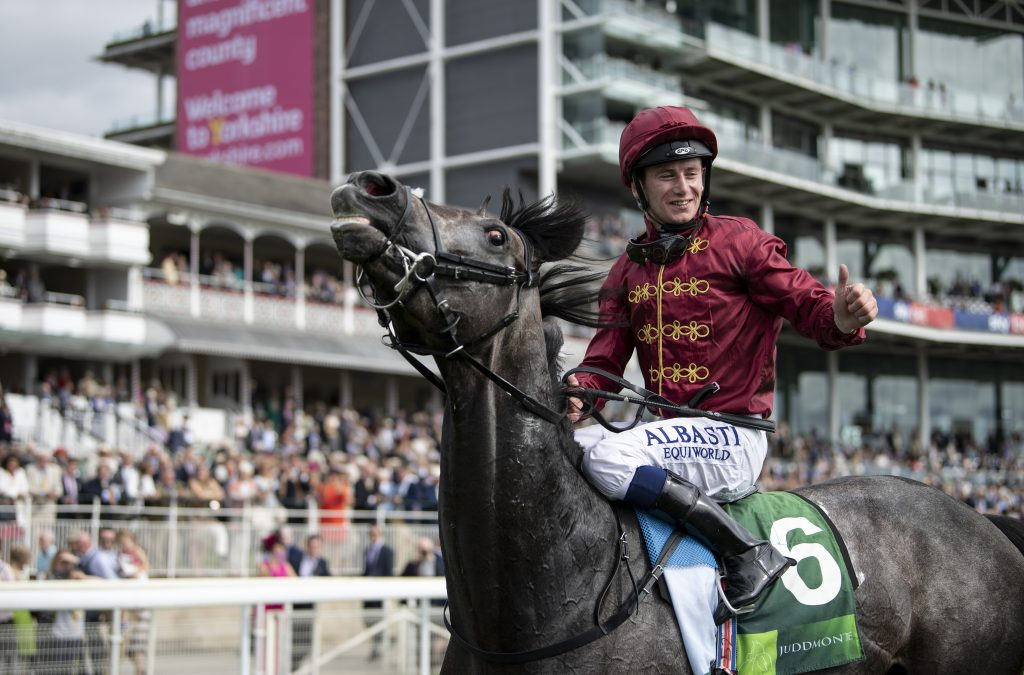 The race Murphy will be eager to win the most on the day is this Group 3 contest. He will ride John & Thady Gosden’s Sunstrike sporting the famous colours of Qatar Racing. The daughter of Dark Angel won a Kempton maiden in June but hated the soft ground at Ascot and ran well on fast ground last time out over 7f in Listed company. More needed but in powerful hands.

Murphy will ride the Hugo Palmer-trained Neptune Legend in the next, a nursery handicap. He showed a liking for soft ground when second at Nottingham on debut and he has looked a tricky ride in two starts since. Oisin rode him on debut and is back up again now which is a plus and he is still lightly raced.

Sporting the famous colours of Godolphin, Storm Damage has a very obvious chance and should take all the beating. He looked like a horse going places when scoring impressively at Kempton on debut in June and although he didn’t run well at Ascot, he bounced back to form when scoring here last month.

The City’s Phantom won’t want too much rain and is definitely a horse that prefers a sound surface so the weather will tell whether this horse may run or not. He bolted up at Yarmouth on his return from a mark of 80 and very nearly followed up under Murphy off 5lb higher at Leicester in June.

Last but by no means least, Murphy will ride Dancing Harry in the last for Roger Charlton. Ryan Moore gave the Camelot gelding a peach of a ride from the front when holding off all challengers at Sandown last month and if given another enterprising ride here could do the same.