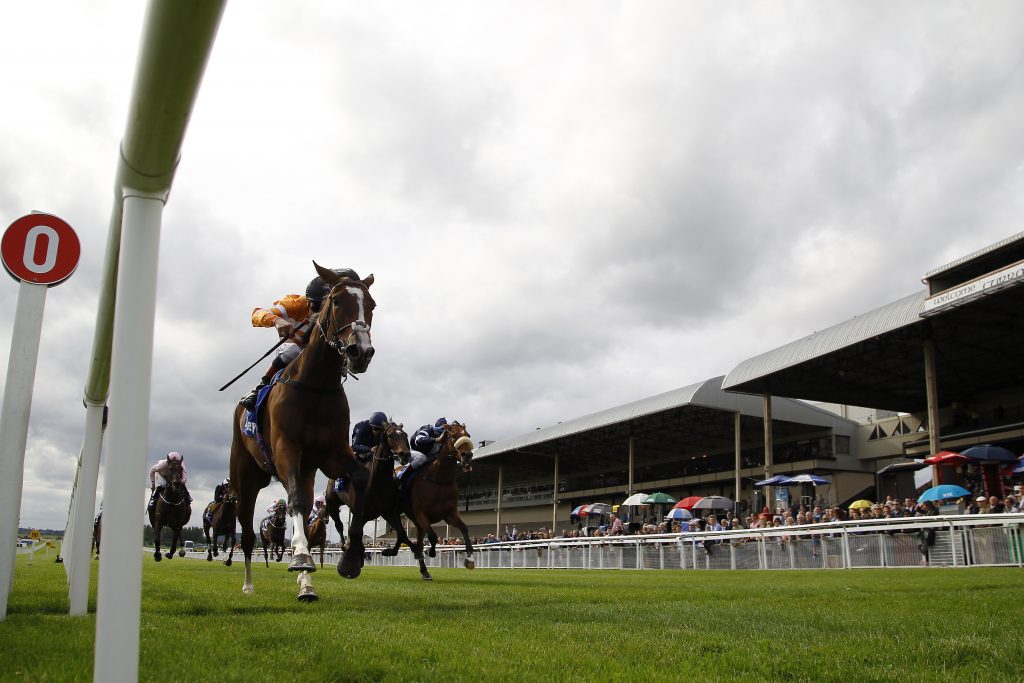 We have a mixture of racing for our ITV Racing Tips this afternoon with something for everyone. Flat racing from Newbury and Newmarket along with jumps action at Market Rasen where the Summer Plate is the feature.

It’s also a Classic day in Ireland with the Irish Oaks at the Curragh.

Fox Chairman has only had three starts in his career but he looks like a top class horse in the making. He bolted up on debut at Newbury before being thrown into Listed company at Chester where he finished third behind Circus Maximus and Mohawk. He failed to get a clear run that day and would likely have finished a lot closer, had the gaps have come.

Third in the Hampton Court Stakes at Royal Ascot when last seen, he was no match for Sangarius but again was denied a clear run. Back into Listed company with a small field on this track, there shouldn’t be any traffic issues and he should be able to get his head back in front before contesting better races.

Franny Norton was made to work very hard to win aboard Lucky Deal at Haydock on his penultimate start, but he saw the race out very strongly to win comfortably by five lengths. He’s 5lbs higher now but the way he finished the race there could still be scope for a little more improvement there.

Briefly stuck behind horses in the Queen Alexandra Stakes at Royal Ascot, he couldn’t live with the front three who got away from him a bit. But back in handicap company today he looks like he could be overpriced.

Mark Johnston has been in magnificent form in recent weeks, firing in 25 winners in the past 14 days and 54 in the past month! Combine that with his record with Joe Fanning on board his horses where they have a 36% strike rate at Ripon in the past year and they could have a very profitable day at the track.

In the Summer Hurdle and Summer Plate at Market Rasen, David Pipe has a horse running in each race wearing a first-time tongue-tie. He has a 13% strike over the previous two seasons, but that flies up to 24% when he runs a horse in a tongue-tie for the first-time. That’s a significant increase in success which could help him towards a big race double today.

*odds best available at the time of writing.