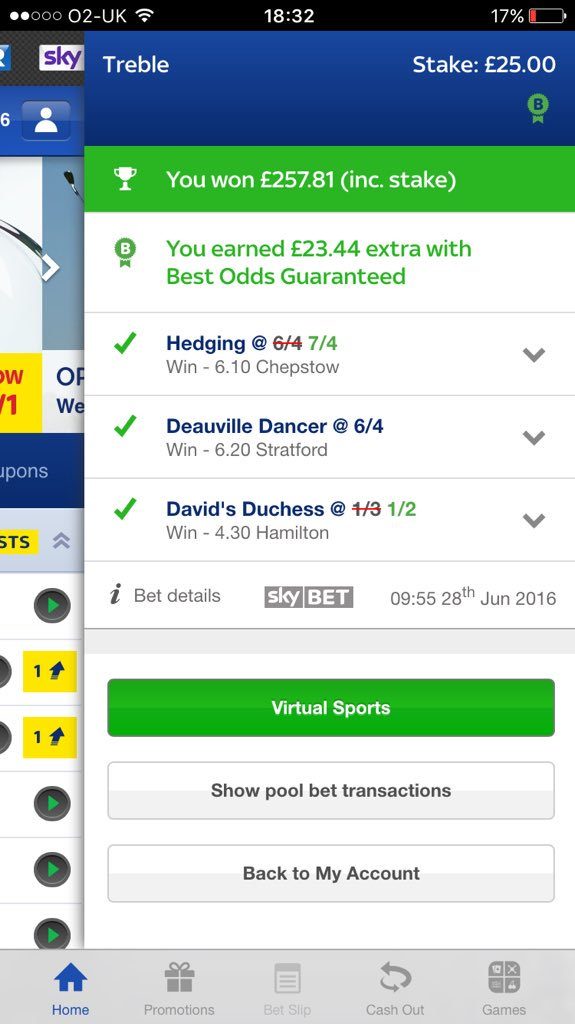 SEND IN THOSE SLIPS!

Get in! Our fourth winning accumulator this month as we added a £113 winner to £189, £187 and £104 Accas we’ve already landed this month – just call us Will Grigg! Today’s Accumulator was a Treble bet with three legs. Kicking off with the shortest leg of them all, David’s Duchess was tipped at 4/7 to break his maiden tag for Richard Fahey. Strong in the market in a three runner race following back to back runner up medals plus an impressive big price fourth in the Weatherbys Super Sprint at Newbury in mid July on his last start last year as a two year old, he won as an odds on favourite should. Neither he or we broke a sweat and we stormed on to leg two. Up next was Hedging, making his second start. We really liked the way he kept on towards the end of his debut at the start of the month and thought the Soft ground would suit him nicely. Held up towards the rear by John Fahy, he pulled clear with Bazwind but took the lead and kept on like we knew he would. There was even a nice little bit of Best Odds Guaranteed bonus for us as he drifted from 6/4 to 7/4 just before the start of the race. Leg 2 in and just a ten minute wait to Leg 3… We headed to Stratford for the final leg with Deauville Dancer, an ex Sir Mark Prescott flat horse rated 86 following some excellent runs over 2 miles. He’d shown a solid performance on hurdling debut when second at Doncaster but not followed through on them, but we felt the combination of a weaker race plus the drop back in trip to 2 miles from 2 miles 4 furlongs he’d tried the last twice would see him in a much better light. The market made it out to be a two horse race with favourite Cest Notre Gris, who unfortunately went round early in the race – our thoughts are with connections. None of the others could keep close to our tip as he rounded the final bend well clear with third favourite Ross Kitty and stormed clear on the flat, winning by 8 lengths to land our Accumulator tip!

We’ve now landed four accumulator tips this month so you really don’t want to miss them! Our tips are updated at 8.45am and are completely FREE, so all you have to do is check our horse racing tips page to get them every morning!

There were plenty of our @myracingtips Twitter followers on our Acca tip, unsurprisingly given our recent excellent run, and here are some of their winning betslips: