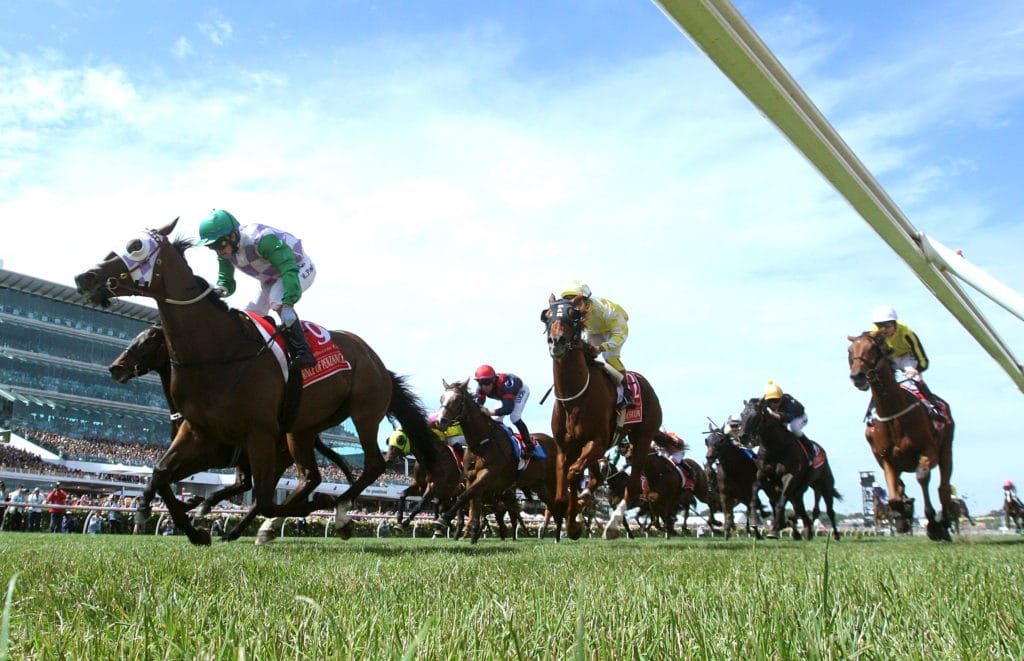 The Tokyo Yushun is the biggest race on the Japanese calendar by some way and with well over 100,000 racing fans expected to turn out at the racetrack the atmosphere will be amazing. It is the race of the season and this year we have what looks a far more competitive field than the early betting will have you believe

The 85th running of the Tokyo Yushun here at Tokyo racecourse, and one of the biggest and loudest events on the Japanese sporting calendar. The form of the Satsuki Sho (Japanese 2000 Guineas ) is to the fore here as you would expect but only twenty-three have gone on to land the Classic double and just the seven triple crown winners in all those years. With 200 Million yen for the winner it comes as no surprise to see a big field, but they all seem to have to beat Danon Premium who looked a star in the making when winning his first four starts though he did miss their 2000 Guineas with a minor foot injury. He could be a world beater but is a very skinny price and it may be better siding with GO FOR THE SUMMIT (Each Way) who clocked an exceptional time in the Hai Aoba Sho over this course and distance and ought to prove hard to beat if in the same sort of form now.

1 DANON PREMIUM – A classy Deep Impact colt talked of as the next big thing in Japan and the short-priced favourite. Missed their 2000 Guineas after bruising a hoof but reported at his best again now and ought to go well but is sadly priced accordingly with Yuga Kawada in the saddle.

2 TIME FLYER – Three wins from seven starts but a well beaten tenth in the Satsuki Sho (Japanese 2000 Guineas) and the son of Heart’s Cry needs to do a lot more than that to even threaten the places. He has won at this level in the Hopeful Stakes back in December last year but will go off at a big price today.

3 TO ENERGY – A rank outsider for trainer Toru Miya and jockey Kota Fujioka and rightly so as the son of Kane Hekili steps dramatically up in class after winning the Listed Hyogo Championship at Sonoda at the beginning of the month. Three wins and two places from just the five starts and possibly has a bit more to offer but on form he looks likelier to finish last than first.

4 ADMIRE ALBA – Another son of Heart’s Cry and in his case a big priced alternative to the major players following a second to Stay Foolish in the Grade Two Kyoto Shimbun Hai at the beginning of the month. Yet to win at anything like this level with a maiden and a minor conditions race and although his last run was his best yet he still has to find plenty to take a hand here.

5 KITANO COMMANDEUR – Trained by Yasutoshi Ikee was the handler of the great Orfevre who took this race in 2011 and will be hoping for a repeat with the son of Deep Impact. He was only fifth in the 2000 Guineas but ought to be far happier upped in trip and with Mirco Demuro in the saddle he is well worth some serious each way consideration with this race always seen as his main seasonal target.

6 GO FOR THE SUMMIT – His last run here when taking the Grade Two TV Tokyo Hai Aoba So showed a liking for the track and the trip and connections freely admit that was an improve effort and one that saw him cross the line in two minutes twenty-four and change which is an impressive figure. He does step up in class but has the time in the book to suggest a huge run and a placed effort looks very much on the cards today.

8 BLAST ONEPIECE – Any unbeaten horse is hard to knock and the son of Harbinger (who used to be trained by Sir Michael Stoute) has a three out of three record so far stepping up to take the Grade Three Mainichi Hai at Hanshin over nine furlongs in March. He did win a minor event over course and distance in February which makes him all the more interesting and with further improvement, he could well mount a challenge.

9 OKEN MOON – Three wins in a row at Niigata, Nakayama, and here over nine furlongs in the Grade Three Kyodo News Hai (Tokinominoru Kinen) in February but a well beaten twelfth behind Epoca D’Oro and others in the 2000 Guineas last time out. Plenty to find and other appeal a lot more.

10 STAY FOOLISH – Two wins from four starts including last time out when stepped up in trip to eleven furlongs in the Kyoto Shimbun Hai when seeing off Admire Alba in a pretty decent time. At his best on rock hard ground and room to improve further and may well surprise a few of these for trainer Sakae Kunieda and jockey Shu Ishibashi.

11 GENDARME – Northern Dancer blood on one side and Sunday Silence on the other makes this colt one to reckon with on breeding at least, yet his below-par ninth in the 2000 Guineas at Nakayama leaves him with a mountain to climb in this line up and he is a big priced outsider. Japanese hero Yutaka Take rides and he is bred to do better upped to this trip, but if he sneaks in to a top four spot he will have offered more than realistic expectations.

12 EPOCA D’ORO – The shock winner of the 2000 guineas, trainer Hideaki Fujiwara described that as “a successful trial” with the Derby always seen as his main target. He likes to attack from off a decent pace, but this will be his first race left-handed and at Tokyo, and although a major player that may be too many question marks to see success.

13 GRAIL – The winner of his first two races but didn’t get the rub of the green when sixth in the 200 Guineas and connections will be hoping for a little more this morning. Breeding suggests this mile and a half may be beyond his stamina, but connections insist otherwise.

14 ETARIO – One success in a two-year-old maiden and a run of four second places in a row now including last time out when behind Go For The Summit over course and distance. Possibly overpriced but has a few pounds to find regardless for trainer Kenji Nonaka.

15 STELVIO – Reported to have hated the ground when a running on fourth in the 2000 guineas but fully expected to do a lot better upped in trip and as a son of Lord Kanaloa that seems quite likely. Reported to be in good heart back at his stables he will be coming fast and late as the leaders tie up close home.

16 GENERALE UNO – Every possibility he was flattered when third in the 2000 guineas with the race unfolding in his favour, but he did run in strongly and is another who could be a layer now. Rested since as have most of his rivals here, he could go well at a price though a win should prove beyond him.

17 WAGNERIAN – The Deep Impact colt looks a real dark horse here and it seems highly likely we are yet to see the very best of the son of Deep Impact. He can still pull too hard for his own good which was part of his problem when seventh in the 2000 Guineas. Trainer Yasuo Tomomichi continues to focus on teaching him to settle to see out his race and with top jockey Yuichi Fukunaga on board a big run is fully expected.

18 SANS RIVAL – Looking at the early prices he does look stupidly overpriced having finished runner-up to Epoca d’Oro in the 2000 Guineas and is three times the price of some of those he had in behind him that day. He did return slightly injured that day but would not be here if he wasn’t 100% though his breeding does leave his stamina with more questions than answers.