Shishkin and Energumene are already in the top 20 of the two-mile chasers division of all time if ratings are to be believed. It isn’t too often these days that you can enjoy a race with just four runners but the Clarence House at the weekend was an exception.

Nicky Henderson’s new star on the block got the job done on the day and the pair look set to do battle in the Champion Chase at the Cheltenham Festival in March. However, the cynic in me can see the possibility of Energumene ending up in the Ryanair Chase. It is a small possibility but a possibility nonetheless. 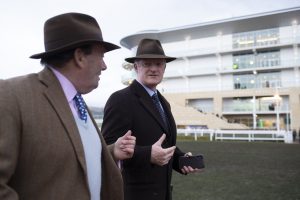 Let’s go through the reasons why Energumene could end up in the Ryanair in more detail below. Just for the record, I do think he will run in the Champion Chase but there is no doubt that Tony Bloom and Willie Mullins will discuss what is best for them and for the horse.

1. Energumene is a proven stayer

Generally if a horse can win a bumper on the flat over two miles, they do have stamina. A bumper winner at Thurles, Energumene went on to win a beginners chase over 2m4f at Gowran Park by 18 lengths in November of 2020. He did it the hard way too, making all, taking the race by the scruff of the neck from the word go. He won easily.

2. Shishkin is a better horse

Some may say that the slightly shorter trip at Cheltenham will give Energumene a greater chance of beating Shishkin. However, I don’t see it that way. Cheltenham is a greater test of stamina and that will play more into the hands of the current favourite. Energumene had complete control of the Clarence House from flag fall, he had no excuses, he had Shishkin off the bridle. For me, he was simply beaten by a better horse and it is unlikely that the places will be reversed.

3. Will Tony Bloom have his say?

Cheltenham Festival winners are hard to come by for many owners. Mind you, having a live chance in a Champion Chase is a rarity too. Tony Bloom has already tasted festival success with Penhill and is eager for more. He will no doubt leave Willie decide what is best for Energumene but the pair will surely sit down and talk about what is best for the horse. The way I see it is, if they run in the Champion Chase it will be the talking point of the festival, a huge race for horseracing fans, but the reality is he will probably get beat. If they run Energumene in the Ryanair, for me he will probably win it. 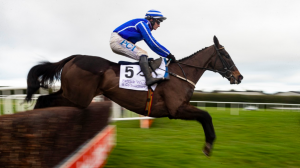 Allaho is an unbelievable horse, that’s for sure. He won the Ryanair by 12 lengths last season and is in the form of his life after beating Fakir D’oudairies by 12 lengths at Thurles on Sunday. Allaho registered a career-best RPR of 178 when landing the Ryanair last year but even in defeat, Energumene race to an RPR of 179 in the Clarence House. One would expect Energumene to improve again and I think he is a better horse than Allaho.

Mullins has a penalty kick for the Ryanair already in Allaho and the chances of him running in the Gold Cup is extremely slight as Cheveley Park already have A Plus Tard running there. The only way Energumene would probably end up in the Ryanair is if something happened to Allaho between now and March. Even then, it would be a huge call. I do think Shishkin will win the Champion Chase but it’s a race that has frustrated Mullins over the years and he wants to get that hoodoo off his back. Mullins will definitely want to keep Energumene and Allaho apart but I wonder if Tony Bloom feels the same way? Time will tell.