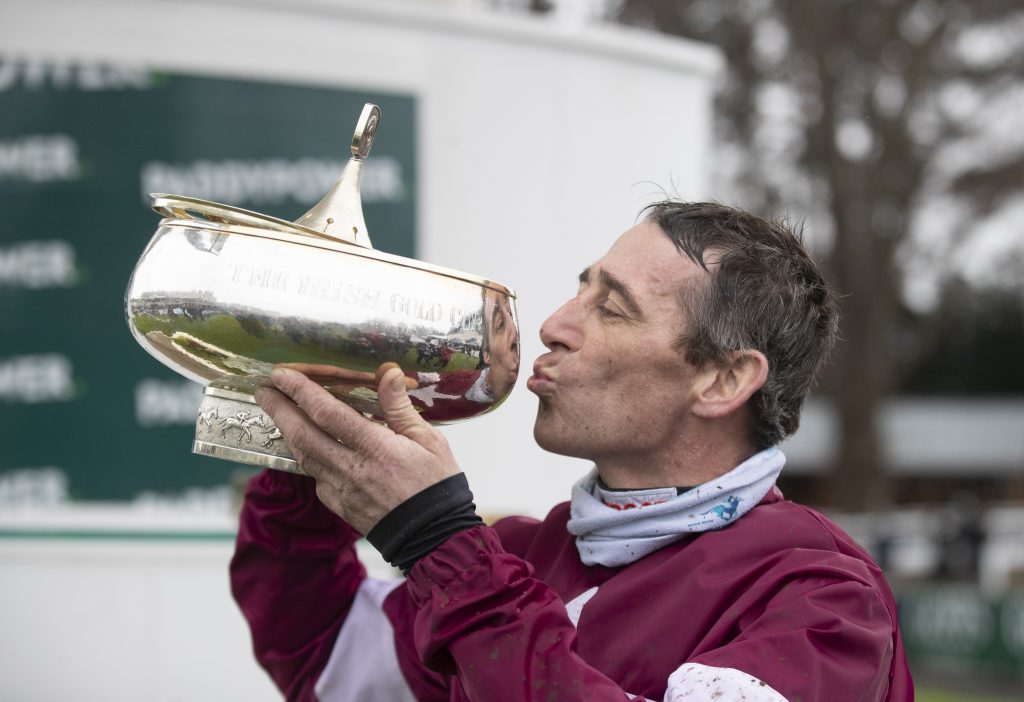 It has only been a matter of days since Davy Russell retired from the saddle, but it did not last long. Jack Kennedy broke his leg in a nasty fall which prompted Russell to return to riding. Did he miss riding or is he trying to make one last big payday with Cheltenham on the horizon? It could be both! Let’s take a look at his two return rides at Fairyhouse Racecourse on Saturday.

Russell’s first ride back is aboard the Gordon Elliott trained Jazzy Matty, who on the face of it should have very strong claims in this 2m hurdle. Elliott has won three of the last five renewals of the race and his son of Doctor Dino was pushed all the way to the line by Komedy Kicks (sporting the same colours) when scoring over course and distance last month. Jazzy Matty relished the heavy ground on the day and with ideal conditions for him again here, he can build on his recent success.

Elliott also sends out Bodhisattva in what looks like a competitive handicap hurdle, but the son of Leading Light could be lurking off a very attractive mark of just 120 and with Russell taking over from a claimer he has obvious claims. A winner of a maiden hurdle at Navan on heavy ground last March, he was third behind the progressive Jungle Prose at Navan in November and travelled well for a long way when fifth over 3m at Punchestown in December. That was his first crack at this trip so he should improve for that run now here.

Know All The Angles