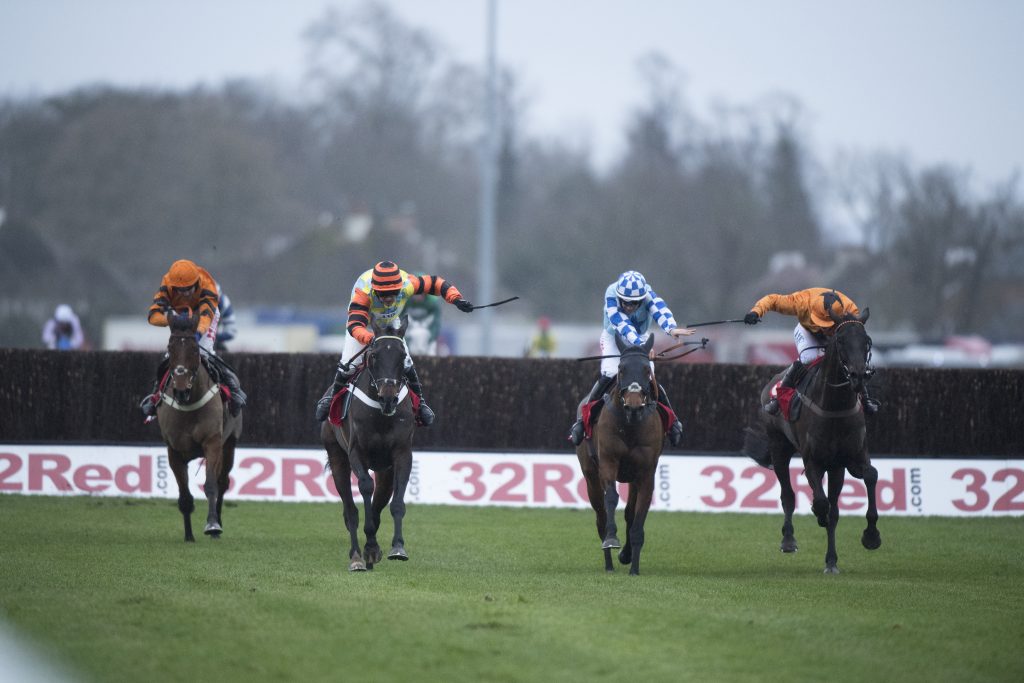 Leading owner Bryan Drew is confident that his Bravemansgame can taste success in the King George at Kempton Racecourse on Monday afternoon. The Paul Nicholls trained runner is a 7/4 chance with Boylesports.

Drew was quoted saying: “”Not being favourite is good, it takes the pressure off. I don’t really feel it, but the ante-post favourite for any race inevitably gets a lot of talk, good and bad. Some of it you agree with, and some you think is total rubbish, but none of it matters – it’s the six and a half minutes in the race that matter.”

“He cruised round in the Kauto Star last year. He went to sleep down the back straight and then picked up and quickened when asked. He jumped impeccably, as he usually does, and won quite cosily. It was very impressive. He clearly likes the track and his jumping will be an asset.

“If he jumps to his normal standard, he’ll have a bit in hand versus the others because he jumps so well, and hopefully he’s got enough petrol to kick on like he did last year.”

“It’s a slightly quicker track and it’s sharp and flat and it puts our horse’s jumping to good use. I think we’ll have no excuses,” the owner said.

“I went to see the horse last week and he looked 100 per cent. He’s been working like that too and, touch wood, he gets there in one piece.”

Drew couldn’t hide his delight at the fact Cobden is riding: “We’ve known all along Harry was going to ride. He loves the horse and it was only really kept fluid in case something happened and the horse didn’t get there. Harry rides the horse well and got him to settle very quickly in the Charlie Hall when Bravemansgame was a bit steamy at the start.

“It’s very exciting and I don’t really see any negatives. The course and ground will suit and, if he jumps and travels as he’s capable of doing, then he has to have a great chance.

“It would be fabulous to win as I think the King George is one of the ‘classics’ of jump racing; you’ve got the four championship races at Cheltenham and then I see this as the fifth jumps classic.”

Asked how he would price the race, Drew said: “I’d have them as joint-favourites. L’Homme Presse is rated higher but, in theory, this is more of a home fixture for Bravemansgame and I think the race will suit him tremendously. If he’s good enough on the day, great, but we’ll live to fight another day if he’s not; we’ll keep it in perspective.”