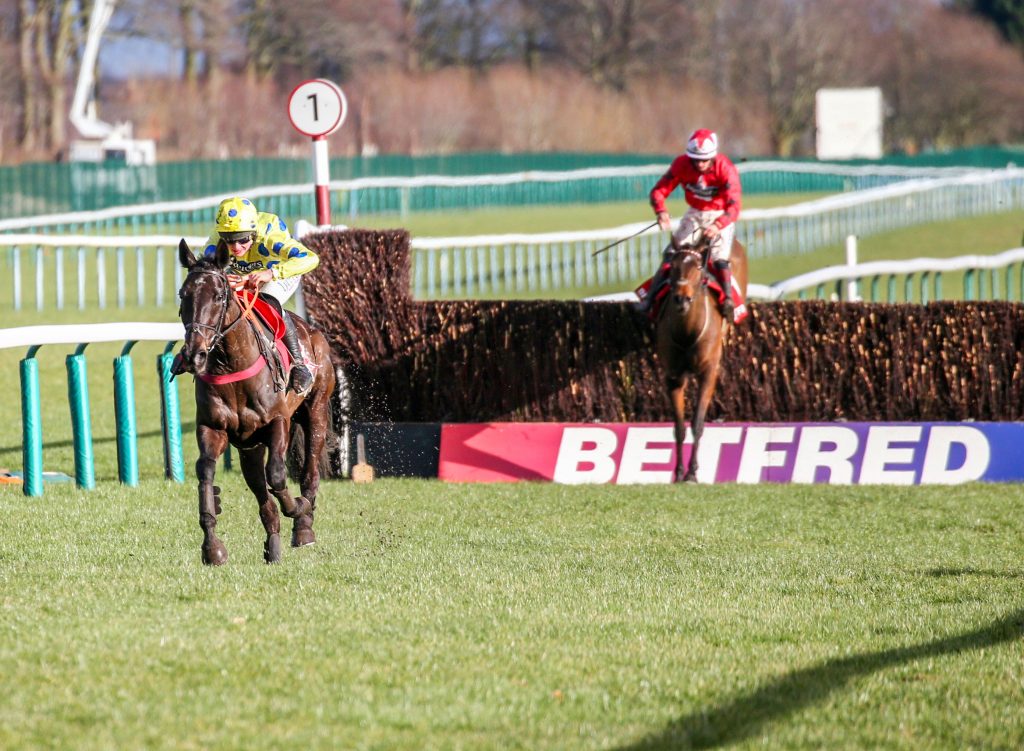 One of the highlights of the National Hunt calendar is undoubtedly the Welsh Grand National, with twenty-two fences to be jumped over a gruelling extended 3m5f trip – the race is one for the most ardent stayers.

Bindaree (2003) and Silver Birch (2004) are the most recent winners to go on to land the Grand National at Aintree, whilst – within the last ten years – Synchronised (2010) and Native River (2016) have won the race prior to landing the Cheltenham Gold Cup.

The racing action comes thick and fast over the festive period, but our free horse racing tips will cover all the big races – providing free runner-by-runner previews and selections.

Our man Joe Eccles has his King George VI ante-post preview currently live onsite, and alongside that, his preview for this weekend’s Caspian Caviar Gold Cup is also available. Looking further ahead, however, read his views on the upcoming Welsh Grand National below.

This year’s Welsh Grand National has the promise to be an absolute belter, with two of the last three winners – Native River and Elegant Escape – potential runners.

They will have huge weights to carry, but both – particularly the former in my opinion – will have to be respected if taking up their engagements.

The prospect of Native River being rerouted to either the King George or Cotswold Chase will provide cause for concern to punters considering an ante-post wager, however, and with that in mind, it seems wise to look elsewhere.

Paul Nicholls has not trained the winner of the Welsh Grand National since 2005, but that is certainly not for the want of trying – with the Ditcheat-based Nicholls having two seconds, a third, a fifth and two sixth-place finishers in the race since 2010.

According to the market, his novice chaser Truckers Lodge presents him with the best chance of taking Chepstow’s feature, but I’m far keener on the chances of his Yala Enki – who is the first of my ante-post selections.

This nine-year-old son of Nickname finished third in the Welsh Grand National last year when in the care of Venetia Williams – recording a career-best RPR in the process.

He arrives here running off a similar mark and ran far better than the finishing position suggests in last month’s Ladbrokes Trophy, only fading late on having shaped well for a long way.

The testing ground that he should encounter later this month will suit far better than the good to soft on offer at Newbury, and he remains open to improvement for these connections, so looks a solid each-way betting proposition at odds of around 16/1.

At a significantly bigger price, my second selection is the Tom Lacey-trained Polydora.

This Milan gelding has had just the six starts over fences to date, with his sole victory coming at Newcastle last December.

Polydora stayed on gamely to score by a length and a quarter there, and that form has worked out well since, with the second – Late Romantic – now rated 130 over fences.

In hindsight, that was a hell of a performance from Polydora as he was attempting to give that rival a stone in weight, and he is now running from just two pounds above that winning mark.

Last month’s seasonal reappearance at Ayr was a promising run, with Polydora still looking in contention prior to making a race-ending blunder three out.

That should have blown away any cobwebs and being a previous course winner, this venue holds no fears.

Tom Lacey nominated this as Polydora’s target in a recent stable tour, and although the seven-year-old needs horses to come out to be guaranteed a run, his current mark of 133 would have seen him able to participate in seven of the last ten Welsh Nationals – so there appears to be a good chance that he will be lining up in December.