Is Tiger Roll In Danger? Takeaways From An Exciting Becher Chase 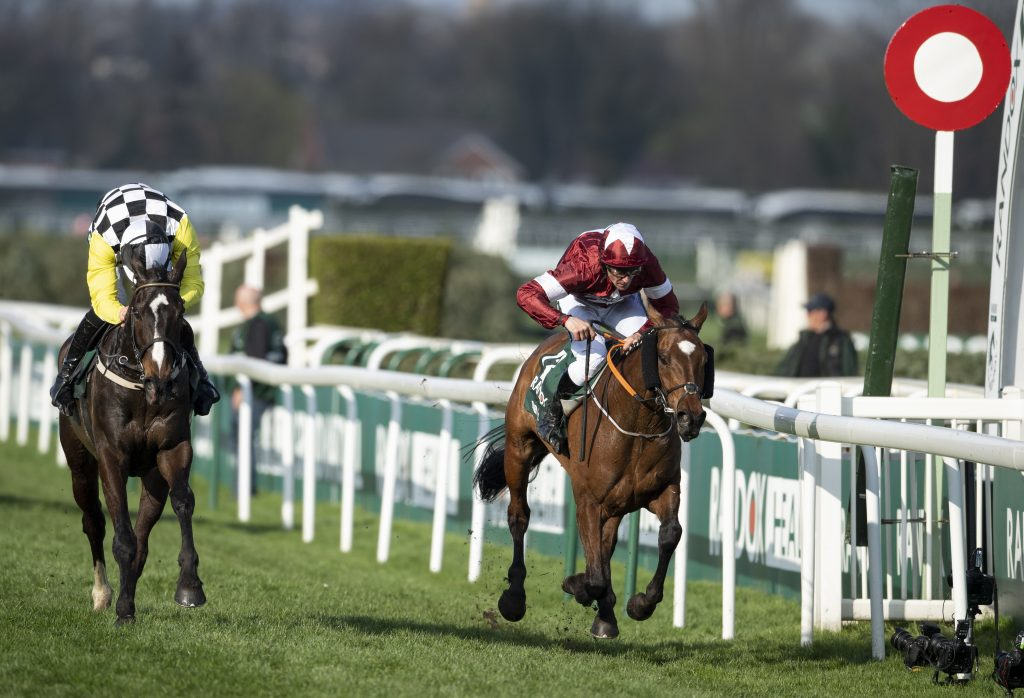 The build up for this year’s National is going to be unrelenting, constant and hyped beyond comprehension. It’s with good reason too, as Tiger Roll tries to do the unfathomable, winning three Grand Nationals on the spin. Winning last year’s National in authoritative fashion, he’s a best-priced 8/1 to retain his crown come April.

With the Becher Chase offering us a chance to catch a glimpse of some Grand National contenders for our horse racing tips, we can now take an early look at the National, and whether Tiger Roll’s date with destiny will yield the results that many will be praying for.

It was back to back wins in the Becher for Walk In The Mill on Saturday, shaking off being badly hampered at the opening fences to score an authoritative success. He finished an eye-catching fourth in the last year’s Grand National off a mark of 144, winning off 141 at the weekend.

His mark is likely to take a small hit for that success, but even he rises to around the 150 mark, it wouldn’t be out of the realms of possibility that he could get closer to Tiger Roll. The defending Champion won off a mark of 159 and he’s certain to be top weight for next year’s National, with this season’s opening mark being 172.

At the age of nine, Walk In The Mill has plenty of experience to call upon now, especially around Aintree, and a general 20/1 for the National is unlikely to be available come race-day, as long as he stays sound.

Fifth in last year’s Eider Chase, where his jumping let him down, Kimberlite Candy put in a mighty performance to finish second in the Becher. He was pulled up in the Irish National to cap off last season, but his presence there could have been interpreted as a statement of intent for Aintree in the seasons to come.

Sporting first-time cheekpieces and having his first sighter of the National fences, he finished a closing second, hitting the line very strongly. He can only get better with further experience of these fences and if he does get into the National, he’ll be sneaking in towards the bottom of the weights. A general 33/1 at this stage, he’s certainly one to watch for the remainder of the season.

Arthur Is One For Consideration

Winning the 2017 National off a mark of 148, One For Arthur turned in his best effort since that National success when flying home in the Becher off a mark of 149. A dour and hearty stayer, he’ll improve dramatically once he’s sent over further than 3m 2f, the distance he’s competed over in two starts this season.

He ran fairly in the 2019 National, but he was off a mark of 154 that day and he if he were to stay sound until April, he should be competing off a mark that’s much more comparable to his 2017 one. A general 33/1 chance for the race, it’ll be interesting to see whether he heads to the Classic Chase at Warwick in January. If he does so, he’ll be following the exact path he took in 2017 – Kelso, Aintree, Warwick.

Don’t Give Up On Le Breuil

Winning the National Hunt Chase at the Festival, Le Breuil was pulled-up on seasonal return at Wetherby over timber at Grade 2 level. That run is very easy to forgive, and his latest seventh in the Becher was a more positive effort than the bare figures suggest.

He’s only raced seven times over fences and can only get better with further experience, especially of the National fences. He jumped soundly in the main on his first encounter with the obstacles and he’s only raced twice beyond the three-mile distance, so he’s still unexposed as a marathon stayer.

It might not be this year for him, being just a seven-year-old, but it’ll be interesting to see how he’s campaigned for the rest of the term.