Cash Out In Horse Racing Guide 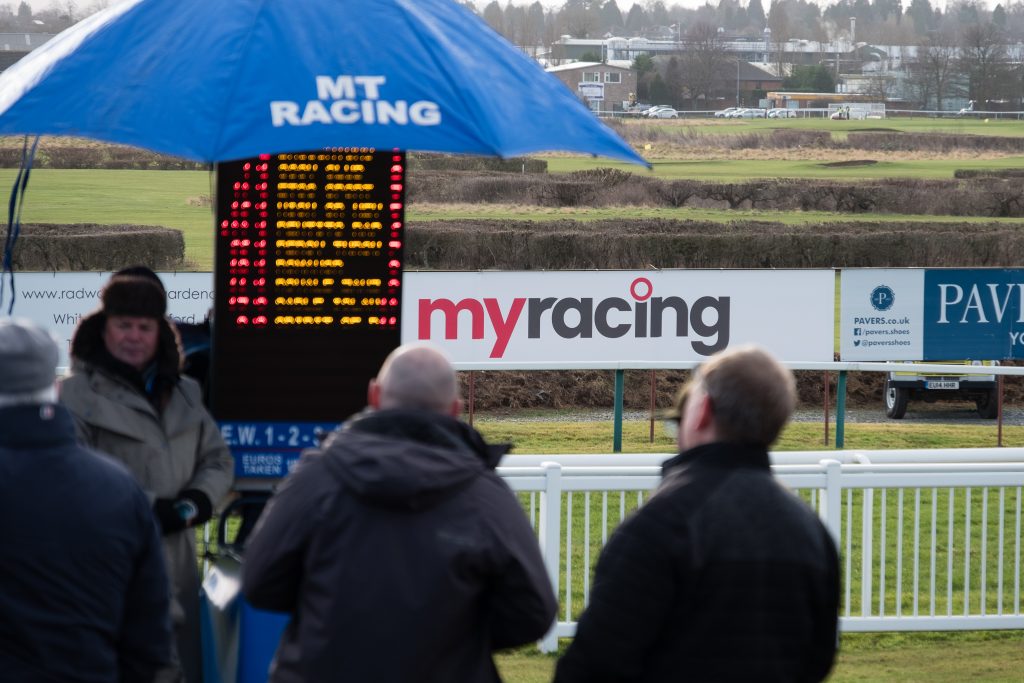 Cash Out In Horse Racing (and all sports) is the ‘new big thing’, with more and more bookmakers offering it. We explain what is, look at the pros and cons and give our opinion in this guide.

IF you believe the Ray Winstone TV ads, cashing out is the way ahead. And it’s certainly changed the way we bet — on football, tennis, golf and even on horse racing.

Cashing out became fashionable when the exchanges — Betfair and Betdaq — started operating and punters got their hands on hi-tech software. And now the major High Street chains, sensing they needed to take a slice of the market, have got in on the act.

If you are not familiar with cashing out, it is a tool that allows punters to secure profit or minimise their losses before a match or a race has finished.

Here’s how it works, using the opening day of this year’s Cheltenham Festival as an example. It was a red-letter day for the bookmaking industry as tens of thousands of punters were on a Willie Mullins accumulator with the Irish trainer saddling four short-priced favourites. He had the first three of those winners courtesy of Douvan (2-1), Un De Sceaux (4-6) and Faugheen (4-5). And all that was left was for Annie Power (the 1-2 favourite) to come home in front.

Punters with a cash-out option would have been faced with this dilemma. Do I cash out now and take some — but not all — of the profit? Or do I believe Annie Power will win, so I’ll collect the full amount? As it happened, Annie Power fell with the race at her mercy. So those who cashed out won money on an accumulator in which one of the horses didn’t even finish. Those who let the bet run were in despair at their luck (sound familiar?) Of course, Annie Power might have stood up. In which case those who cashed out early would not have picked up the bumper pay day if they’d let the bet run.

Pros and Cons of Cashout

There are pros and cons to this form of gambling (some might call it trading rather than gambling, but that’s another story for another time).

One thing to point out is that it gives the punter a greater degree of control. As we’ve illustrated, if he or she has got the first three legs of an accumulator up, they have the option to cash out for a profit before the final race, regardless of the result. Some may want to let the bet run all the way in the hope of cashing in big-style, only to see their last selection beaten. But at least they had the choice, which they never used to have.

Also keep this in mind. Your accumulator may have been struck early in the day, when the going was on the quick side. But since then the course has been hit by a downpour and your horse in the final race hates soft going. Or the jockey, who has won twice on the horse, may have taken an earlier fall and has been stood down for the day. His place has been taken by a rider who has lost on the horse three times. Are you confident enough to let the bet run when conditions change?

But another thing to point out — and perhaps the most important point of all — is that bookmakers have not done this for the benefit of punters. They have done this for financial reasons, which is, after all, their sole purpose.

Some critics argue that bookies’ cash out facility pays out less than fair value, that punters are getting money back but not the amount they should receive. And that more profit could be made by letting the bet run but by creating your own insurance by laying the final horse on the exchanges.

However, it’s swings and roundabouts – laying the final horse (and more particularly working out how much to lay on the final horse so that you have a decent balance between winning and losing) can be awkward and require a lot of money in an exchange account, especially if you’re on for a four figure score if the last one wins but he’s double figure odds! At least with cashout, you can just click a button and it’s done for you.

Partial cashout has been introduced by a number of bookmakers – this let you pick how much of your stake to cash out and how much to let run. For example, say you had £10 on two evens shots in a double to return £40 and the first one wins. Your bet would now be worth £20 after the first one wins – £20 on the next evens shot to (hopefully) return £40. You could cash out half of it, putting your initial £10 stake on the bank and leaving £10 on the second horse to return £20 if it wins. That covers your initial stake. This is great for huge price accumulators where you can take out a small % (say 10% and cover your initial outlay plus a few beers) but leave the vast majority running to make you a huge amount of cash with no risk!

Our Opinion On Cashout

Sadly, our answer is rather boring – it depends! There is one thing cashout is good for and that’s for giving you an extra decision, which in betting is always nice to have. Before cashout, if you had a £3 10 fold going on the last horse to win £10,000 and the ground changed because of heavy rain and you thought you didn’t have a chance anymore, you’d have to suck it up unless you could find several thousand pounds from somewhere to lay the horse in time on the exchange (and possibly someone to help you do it!). Now, you can just press one button and you’d have, say, £2,000 tucked in your account, win or lose.

At the same time, it does sometimes seem to us that if you cash the bet out, the horse wins, and if you don’t cash it out, the horses loses! Obviously it’s not always like that but it’s something to bear in mind. For us, the big question is:

What does this cash out offer mean to me?

If you’re being offered any amount which is a lot of money to you – which you would be happy to win to start with – you should probably seriously consider taking it. While a profesional gambler would tell you you’re a fool to take the offer as the bookie will have whisked a little (or big, depending on your bookie) amount off the top for giving you the privilege of cashing out, you and him and completely different people (unless you are a professional gambler obviously). If you’re looking at a cash out offer which is a serious amount of money and you’d be happy to have in your account then there’s no shame in dealing whether the final horse wins or loses, because you’ll be happy with the money either way. If you have a 5/1 shot to run, does a 20% chance at £10,000 mean more to you than £1,500 in the bank? That’s a good way to look at it.

Of course, there’s also the fact you fancied that 5/1 shot to win when you put the bet on, and you have been right every other time. So you could let it run and win big. But that’s for you to decide!