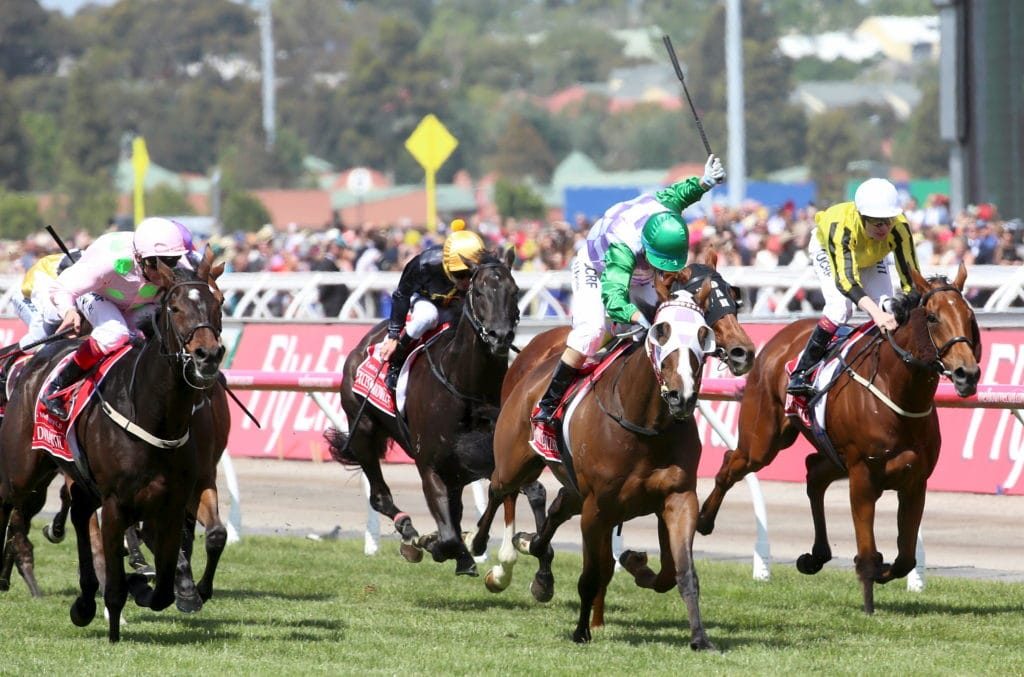 A high quality mile and a half turf race run each year at Hong Kong’s number one track and won by Wether last season for John Moore and jockey Huw Bowman who is without a ride this season. A small but select field assemble on Sunday but with close to a million pounds in prize money and over half a million for the winner, it will be hard fought from start to finish.

IN SUMMARY: With his customary slow start it was only a matter of time before connections tried this mile and a half with PAKISTAN STAR who has always been seen as a superstar without the race record to back that up. Last time out he showed his true worth over a mile and a quarter with a clever three length win under William Buick, and if Tommy Berry can get a tune out of him as well he is by far the likeliest winner. The rest look fairly closely matched though Exultant seems to be improving all the time and could be the one to offer it up to the favourite here.

1 PAKISTAN STAR – One of the most talented horses in Hong Kong but with a mind of his own and a questionable temperament. He can start at snail’s pace but even if he falls out of the stalls he is still good enough to win if he is in the mood to do so, and impressed under William Buick when taking the Audemars Piquiet QEII Cup at the end of last month by three lengths. Tommy Berry rides him for the first time today and if the five-year-old reacts to his urgings he is the likeliest winner assuming he stays or improves for the mile and a half at his first attempt.

2 CHEMICAL CHARGE – The only British challenger but he does have course experience having finished fourth to Highland Reel in the Hong Kong Vase over this mile and a half in December. Never likely to win that day but he would have finished closer with a clear run and that did look a more competitive race. Not out of this by any means but may struggle if it turns in to a sprint up the home straight.

3 GOLD MOUNT – Looked surprisingly one-paced over this course and distance here in this race last year and yet to really prove that stamina is his forte. Plenty to find with Pakistan Star on recent form and Alberto Sanna looks to have his work cut out to get past his stable companion today.

4 EAGLE WAY – Once thought of as the next big thing in Hong Kong racing he hasn’t ever really stepped up to the mark at the very highest level and finished eleven lengths behind Exultant last time out in the Queen Mother Memorial Cup which leaves him with a mountain to climb. Joao Moreira rides the outsider here which is a rarity, and if one of the top jockeys in the World can’t win on the son of More Than Ready, then who can.

5 EXULTANT – The dark horse in this field with just the eight starts here since arriving from Mick Halford’s in Ireland and improving all the time. A six-length winner of the Group Thee Queen Mother Memorial Cup earlier this month and deserves a crack at the big time, and if the favourite has an off day he may well be the one to take full advantage.