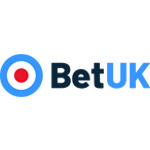 The Belmont Stakes is one of the most crucial races on the American Flat calendar. It’s the final leg of the American Triple Crown and has been nicknamed “The Test of the Champion”. Raced over the twelve-furlong distance, it’s perhaps the toughest race at the top level for American horses. A race where most British bookmakers will be offering special boosts and promotions, you need be on the lookout!

There can be no Triple Crown winner this year, but William Mott’s Tacitus leading the market. A winner of three of his five career starts, he’s yet to dine at the top table, but ran a race full of promise when fourth in the controversial Kentucky Derby last month. He kept on well in the closing stages and has the makings of a horse who will relish the step up in distance from ten furlongs.

War Of Will ran a shade poorly in the Kentucky Derby but deservedly gained his day in the sun landing the Preakness at Pimlico three weeks ago. He had the dream run that day and that obviously helped, but he showed a great burst to surge clear at the bend. His profile is a bit topsy and tervy Grade 1 leve, but he’s impossible not to include in calculations.

There is a huge gap in the market past the front two, having to go back ten points to find Dale Roman’s Everfast. He hadn’t shown anything like Grade 1 form prior to his latest start in the Preakness, where flew home from the rear pair to snatch second close home behind War Of Will. The extra two furlongs should be in his favour, so he’s a place contender if building on that effort.

Spinoff ran a great race when second in the Louisiana Derby earlier in the year before bombing out in the Kentucky Derby, beating just one rival home. He didn’t have the best of passages that day, but he was beginning to paddle when he was hampered. A smaller field may play to his strengths better, however, and he does remain lightly raced for powerful connections.